Waymo launching truly autonomous ride sharing in Phoenix this year
Waymo is bringing its driverless car service to more users in Phoenix later this year. Even bigger news, no one will be required to be in the driver's seat.

By Andrew GrushMay—08—2018 12:00AM EDT
Waymo is bringing its driverless car service to more users in Phoenix later this year. Even bigger news, no one will be required to be in the driver's seat.
Waymo launching truly autonomous ride sharing in Phoenix this year 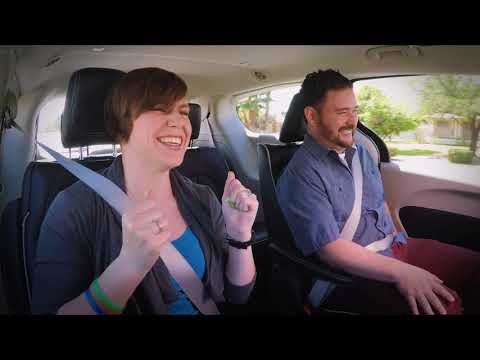 The future is here. Alphabet’s Waymo self-driving car initiative will be making its way to more folks in the Phoenix area later this year. Even bigger news, Waymo cars won’t require anyone in the driver’s seat.

Needless to say this is a big step forward for Waymo and the self-driving car industry as a whole. It also comes at a time when driverless cars are under extreme scrutiny.

While many industry experts agree that self-driving cars will make the roads safer, many folks are still skeptical. Increased reports of self-driving accidents don’t help the situation. Hopefully a successful Waymo rollout of truly driverless cars will help ease some of these fears.

To Waymo’s credit, the company is doing everything it can to make self-driving cars even safer. On stage, the Waymo representative spoke on new error-rate technology that will help improve pedestrian detection by 100x using advanced AI. The efforts should allow Waymo cars to detect pedestrians even in scenarios that would throw off traditional drivers. That includes when there are bad road conditions due to the weather.

Waymo hasn’t shared exactly when the new ride-sharing program will reach more users in the Phoenix area. Once the service arrives, anyone will be able to download the Waymo app and hail a ride.

Waymo says this is only the beginning, with plans to bring its program to more cities in the near future both directly and via partnerships. What do you think of the news? Let us know down in the comments.

How to steal millions from Facebook and Google: invoice them

Today's DGiT Daily newsletter didn't do a man who stole $122m from Facebook and Google justice. Here's what happened.
Sam MooreMar—25—2019 12:00AM EDT

Here are the best Chromebooks you can buy right now

Considering a Chromebook but not sure what to pick? We’re here to help.
Jonathan FeistDec—29—2018 12:00AM EST

Finding the best 2-in-1 laptops can be challenging because there are so many on the market. If you’re not familiar with all the hardware, making a final, costly choice can be ...
C. Scott BrownSep—26—2018 12:00AM EDT