Wake up ahead of the curve
Buy now!
DGiT Daily
What is the Tesla Model Y? Here’s everything we know so far
DGiT Daily

What is the Tesla Model Y? Here’s everything we know so far
The Tesla Model Y has been under wraps for quite some time, but it may not be too much longer before we get more information about the upcoming EV.

By Adam DoudMay—07—2018 12:00AM EDT
The Tesla Model Y has been under wraps for quite some time, but it may not be too much longer before we get more information about the upcoming EV.
What is the Tesla Model Y? Here’s everything we know so far

Tesla’s Model 3 is barely on the road, but talks of the company’s next model have already made their way through the grapevine. The aptly-named Tesla Model Y is set to be a crossover electric vehicle that Elon has recently gone on record to deem a “manufacturing revolution“. What he means by that is fairly unclear, as the company has constantly struggled to keep up with its current manufacturing goals. Still, little is known about the Tesla Model Y, but Musk’s excitement around it is enough to get us excited.

While we don’t really know what the Tesla Model Y looks like, we do know that it is slated to be a fully-electric crossover SUV. It’s a smart move considering the falling sales of sedans as more consumers move towards SUV’s and crossovers. Toyota’s RAV4 has been outselling the Camry recently, ending a decade-old reign of the midsized sedan, and the trend may continue. Ford has even announced that it will shift its focus away from sedans and mainly towards larger vehicles.

“One, consumers really love their truck-based vehicles,” says AutoNation CEO, Mike Jackson. He notes that SUV’s are becoming cheaper and more fuel efficient, while giving drivers the space they desire.

Musk previously expressed hope for a 2019 release date of the Tesla Model Y, although it’s since been pushed back. Either way, the timing may be perfect now that crossovers and SUV’s are having a moment – that is to say if the company can keep its manufacturing on check. 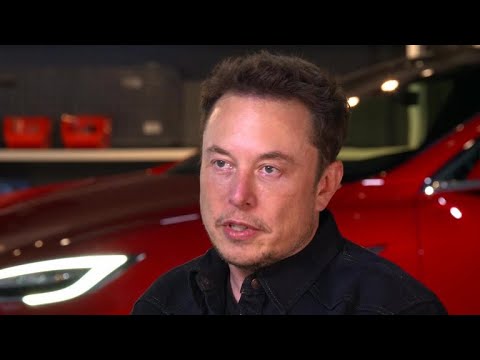 As stated before, Musk’s excitement over the Model Y seemed to come down to the manufacturing. Given the company’s recent troubles with the current production line, it’s hard to guess whether it will be a “revolution” for the car industry or for the company.

Part of the company’s plans for the Model Y will be to remove the 12-volt battery architecture, a move that could pave the way for more automation in the manufacturing process. In turn, it could greatly hasten the build time, especially now that Musk has decided to stick to the current build platform instead of creating a whole new one.

That said, the vehicle is not expected to start production until early 2020. Because the current factory is packed to the brim, Musk suggested that the car may be build elsewhere, although neglected to provide any further details. We should learn more within the next 6 months when Tesla releases its full production plans on the upcoming vehicle.

Final piece of the S3XY puzzle

With the Tesla Model 3, Tesla’s focus was to bring an electric vehicle that didn’t cost an arm and a leg (and maybe your first born) to buy. While it’s certainly more affordable than its predecessor, the Model 3 is still a pricey vehicle, not to mention hard to come by. Musk seemed to hint at one point that the company wanted to create a fourth-generation model that anyone could afford. “There will be future cars that will be even more affordable down the road,” he said. “With fourth generation and smaller cars and what not, we’ll ultimately be in a position where everyone can afford the car.”

It’s a bit vague of a statement, and should be taken with a grain of salt. But if the company plans to simply the manufacturing process, it could be very much possible. EV’s are becoming increasingly affordable now that more and more automakers are throwing more focus at them.  If Tesla can continue to push the envelope with better and cheaper vehicles, EV’s will no doubt become the new norm within no time.