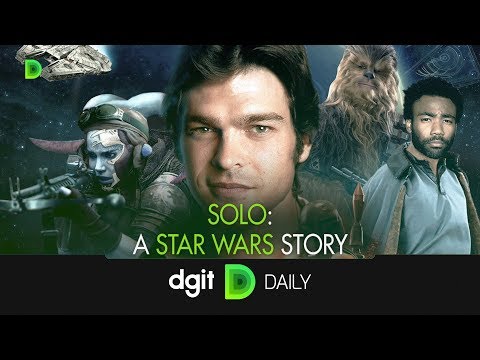 By Andrew GrushOct—19—2017 12:00AM EDT
The standalone Star Wars movie about Han Solo's younger years has wrapped production. It also got an official title.
Upcoming Han Solo movie will be called Solo: A Star Wars Story

We’ve known for a while that Disney was working on a standalone Star Wars movie about Han Solo’s younger years. Now we’re happy to tell you that the film has wrapped production while also announcing its formal title. Up until now, we had no official title to go by but the team at DGiT was pretty close. The official title has now been revealed as “Solo: A Star Wars Story”. The only thing we got wrong was adding the Han part in front of it.

> Han Solo: A Star Wars Story – Here’s what you need to know

But what’s it about? Good question. What we do know is that this film takes place before Solo met up with Luke, Obi-Wan, and the gang. Unfortunately, the rest of the details are pretty scarce. Direct Ron Howard previously has hinted that locations like Solo’s home planet of Corellia will likely feature. Same with Kessel, you know, where Solo claimed to have made an infamous run in less than 12 parsecs … even if that doesn’t necessarily make scientific sense, depending on who you ask.

Tag and Bink will finally make a canonical movie appearance. Depending on how hardcore of a Star Wars fan you are, you may be aware of Tag and Bink. Over the years, these two characters have featured in several short comic books set in the Star Wars universe. Before now, they were never considered canon, so we’ll be excited to see how they are incorporated into the movie.