After the accident involving a self-driving car killing a pedestrian on an Arizona street, reports have come in that suggest that the car had little time to react. Tempe police chief, Sylvia Moir, stated that early probes into the case seem to point to the Uber car not being at fault for the accident. “It’s very clear it would have been difficult to avoid this collision in any kind of mode (autonomous or human-driven) based on how she came from the shadows right into the roadway,” she said in a statement.

According to Ars Technica, Tempe residents were not convinced, and have made a point to prove otherwise. Several residents have posted videos of the accident site, in an attempt to compare the conditions of the roadway to the released video footage of the accident. 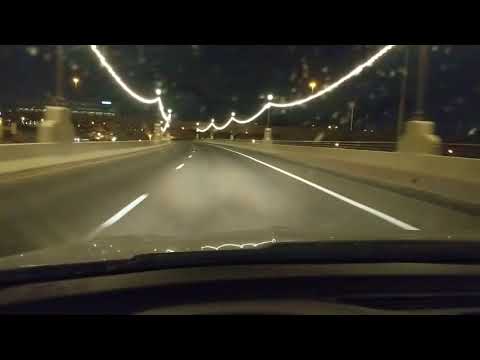 The original accident footage suggested a dark and poorly-lit roadway, with the victim appearing within view only a second before the collision. A video posted by Brian Kaufman (above) shows drastically different conditions to those from the video, with lighting more than adequate to spot anyone approaching either side of the vehicle.

Currency rate changes on a daily basis due to ups and downs in the market. It’s always useful to stay updated with the foreign currency exchange rate, especially if you are a traveler or a …

Another video posted by Dana Black shows the same conditions on the roadway, bringing to question the legitimacy of the video. It may be that the Uber car’s dash cam does not accurately portray the correct conditions of the incident, making it seem darker than it really was.

Another issue is the car’s headlights. The video from the accident suggests that the victim only came into view less than 110 feet in front of it when she was illuminated by the headlights. According to the IIHS, the vehicle in question, a Volvo XC90, has one of the poorest performing headlights. That said, the range should still be just under 250 feet, which would give the driver and car enough time to react.

Either the headlights were performing exceptionally poor, or the dash cam video is grossly under exposing the scene.

Lastly, the self-driving vehicle is equipped with a LIDAR system, as well as various sensors to detect the environment around it. The car should have been able to “see” the victim regardless of the conditions.

Various facts are beginning to pile up against the Uber vehicle, even if the victim was not crossing at a designated crosswalk. It’s not yet clear where the case may lead, as this is a new sort of situation as self-driving cars become more ubiquitous.

2019 Nissan Altima to bring automated driving to the masses

It'll be cheaper than most cars with automation features at this level
Adam DoudMar—28—2018 12:00AM EDT

Waymo to hit the pavement with self-driving trucks

A new fleet of self-driving trucks could be sharing the roads in Atlanta as soon as next week.
DGiTMar—09—2018 12:00AM EST