Wake up ahead of the curve
Buy now!
Reviews
Netflix’s Mute misses the mark by a mile
Reviews

Netflix’s Mute misses the mark by a mile
The Netflix original film is aptly named, because it has no voice.

By David StrausserMar—28—2018 12:00AM EDT
The Netflix original film is aptly named, because it has no voice.
Netflix’s Mute misses the mark by a mile

Starring Paul Rudd, Justin Theroux, and Alexander Skarsgård, Netflix’s Mute (2018) piqued my interest as soon as the trailer popped up in my feed (or whatever Netflix calls their autoplaying, force-feeding preview machine). Sadly, after pressing play, I wasted two hours of my life waiting for it to get better.

If that’s all you need to know, I’ll leave you with this TL;DR: Watching the last 20 minutes will give as much character development as you need to enjoy it, and you’ll get to see a couple of great revenge kills. In fact, I’d say watching just the last 20 minutes would be roughly 82.3 percent more enjoyable than watching the whole film, because it would only take you 16.7 percent of the time offer the only good part of the movie. 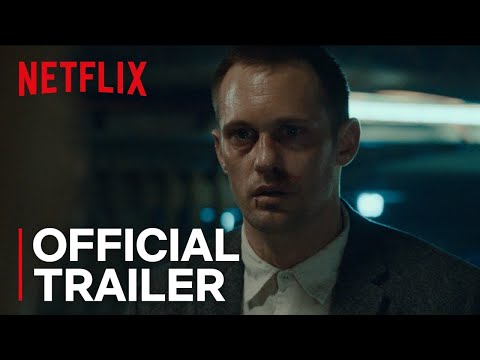 Mute centers around Leo (Skarsgård), a mute man living in Germany in the future, and his search for his missing girlfriend, Naadirah, played unremarkably by Seyneb Saleh. Oh, and Leo is Amish, though apparently non practicing. His Amish clothing and woodworking skills are the only narratively relevant elements of his Amish identity. Making Leo an outsider with a hobby could have been achieved any number of other ways. As it is, it seems like such an over-the-top choice, and it offers absolutely no plot payoff except for a few throwaway lines and a vague highlighting of the depth of his love vis-a-vis the violence he is willing to employ to recover his girlfriend — but I digress.

There’s not much character development or narrative cohesion to be found in Mute.

When Naadirah disappears, Leo gets tangled up in a vague web of organized crime. Rudd and Theroux’s characters, Cactus Bill and Duck, are American expats who work as black market doctors in the German underworld, fixing up gang members’ injuries while methodically torturing those who cross the gang’s boss. Cactus has a young daughter who he loves very much; as a responsible psycho, he leaves his daughter with the local prostitutes while he runs off to torture people. Oh, and Duck is a pedophile, which proves difficult for Cactus to deal with, seeing as how he is always around Cactus’s young daughter. This summary may seem vague and glib, but it perfectly reflects the amount of character development and emotional rationality offered throughout the film.

Rudd’s charming ability to steal scenes is on display throughout Mute, even when his character is neither charming nor even particularly interesting. From small voice inflections to twitches of his impressive moustache, he manages to give most of his lines enough flare to make the viewer hope for something interesting, even if it rarely comes.

Paul Rudd can’t quite save Mute from itself, despite a solid performance.

Theroux channels a 40-something version of Matthew McConaughey’s Wooderson from Dazed and Confused (1993), who somehow got through medical school. He creates an unsettling and all-too-believable pedophile. Skarsgård does what he can to salvage his character’s emotional vagueness without the use of his voice, but one can only do so much with such a script, and even his abilities cannot help to breathe life into a character that is confusing in conception and uninspired in execution. He is neither Jason Statham badass, nor Paul Bettany chaste (Priest [2011]), and so his religion is tangential and his fighting abilities are both awkward and also far too good to be believable (especially in the penultimate scene with Cactus).

I believe the intention behind Mute was to create a Tarantino-ish version of The Fifth Element (1997). Instead, what we get is a story with no character development, a set of characters that are cartoons taken far too seriously by the script, and a futuristic world that is derivative and inarticulate. You can safely remove this from your Netflix list, or scrub to the last 20 minutes or so, and save yourself a lot of time and frustration.

Looking for more binge watching options? Be sure to check out our best Netflix shows guide.

Netflix not working on your Samsung Smart TV? Here are some tips

Here are some ways you can navigate yourself around any issues with Netflix on your Samsung Smart TV
SoundGuysJun—09—2020 12:00AM EDT

A breakdown of Netflix plans and prices