Wake up ahead of the curve
Buy now!
DGiT Daily
Lost in Space could be Netflix’s first genuine family hit
DGiT Daily

Lost in Space could be Netflix’s first genuine family hit
Rebooting a campy classic is risky, but Netflix has given Lost in Space real heart.

By DGiTApr—02—2018 12:00AM EDT
Rebooting a campy classic is risky, but Netflix has given Lost in Space real heart.
Lost in Space could be Netflix’s first genuine family hit

Netflix continues adding new content to its lineup, among the new content is the upcoming Lost in Space series. The first thing that stands out in Netflix’s Lost in Space is a strong sense of family. We’re introduced to the Robinson family aboard a spaceship. It’s not clear what’s going on yet, but the Robinsons are killing some time with a game of Go Fish. Mom’s clearly a little stressed and dad’s keeping his cards close, so to speak. For their part, the kids seem to get that something’s a little off, but they’re happy for the quality time. 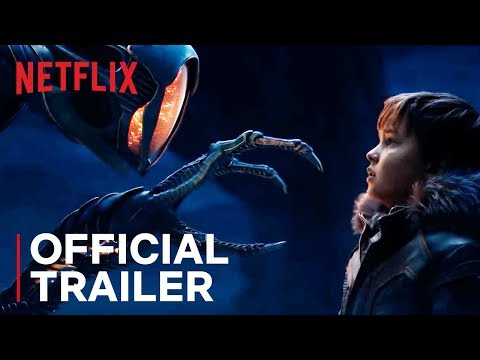 The bonds between the family members are important. They could really make or break the series, which is really Netflix’s first genuine family show. There are some frightening moments, but this is very much a series I can imagine parents and their kids watching together — and actually enjoying in equal measure.

The series creators (and actors) pull it off by investing in every character. The grownups aren’t completely perfect or supportive, nor are they bland or evil. They’re three-dimensional human beings. Sometimes heroic and nurturing, sometimes irritable and selfish. And the kids aren’t just props to their parents’ adventures. They’re fleshed out youngsters, with distinct personalities and unique quirks. In short, the Robinsons feel like a real family.

And the family’s story is a pretty compelling one. Adapted from the 60s series of the same name, Lost in Space follows the Robinsons as they set out as part of a larger expedition to establish a human colony on a new planet, presumably to save humanity from the mysterious catastrophe that we glimpse on Earth in flashbacks. Things don’t go smoothly though and soon the family gets — you guessed it — lost in space.

Not your father’s (or grandfather’s) Lost in Space.

That premise is what sets the stage for complex family drama. For all their problems on Earth, the Robinsons take advantage of their dire circumstances to band together. The rocky marriage of parents Maureen and John Robinson (played by Molly Parker and Toby Stephens respectively) is tackled early on, with the two butting heads in ways that feel refreshingly grounded in very real marital troubles. Moments of pettiness and irritation blend with a shared respect and, more importantly, concern for the kids.

And the acting is terrific. Parker in particular stands out, giving a performance that ranks alongside her more “highbrow” work in series like Deadwood and House of Cards. Maureen’s frustration at her husband swooping in after prolonged absences on military missions gives Parker room to inhabit a character with deep inner conflicts. Maureen loves John but resents him, cares for her kids and wants what’s best for them, and figuring out what that is means gauging whether her feelings about her husband are grounds to overrule his parenting, or whether he’s a decent dad after all. Netflix has made five episodes of Lost in Space available to critics, so it’s hard to generalize, but so far Parker is very much the human soul of the show, bringing us in and giving it the heart it needs to work in the midst of CGI alien and robot effects and sci-fi adventure.

Molly Parker, giving one of Lost in Space’s standout performances.

She’s certainly not alone though. The rest of the cast does a great job, including the mysterious Dr. Smith, gender-swapped from the original series and played by Parker Posey this time around. Posey gives depth and empathy to a character we’re not sure we can trust. The child actors are certainly no slouches either, which is a relief. We spend a lot of time with the young Robinsons, and they’re genuinely fun kids to be around.

The series dips into moments of hokiness and sentimentality, but that’s pretty much unavoidable in a family drama based on a camp classic. We need those moments of tenderness — again, to lend the show some heart, some humanity.

Lost in Space borrows from Battlestar Galactica, Lost, and the 100, and that’s a good thing.

Lost in Space won’t feel completely fresh to sci-fi fans used to Battlestar Galactica, Lost, or the 100, though it really doesn’t try to hide its lineage. It’s unabashedly sci-fi, and plays expertly with its generic restrictions. The Robinson daughters talk about literature, arguing over Penny Robinson’s choice to only bring titles from the canon with her on their intergalactic voyage — sci-fi sometimes struggles with fictional pop culture, making up cheesy new novels and movies to feature in the fictional future. Lost in Space sidesteps this with a nerdy kid who only reads the classics. It feels like a clever wink to the audience (none of those lowbrow genre novels for Penny).

The whole show is rewarding like this. It knows exactly what it is, and it’s not afraid to revel in it. This is pure sci-fi pulp, and that’s okay. I’m looking forward to the rest of the episodes dropping later this month, because there’s plenty more I want to see from Lost in Space.

Check it out April 13 when season one is released on Netflix. And maybe plan to let your kids stay up past their bedtime. You probably won’t want to stop after just one or two episodes, and neither will they.

Netflix not working on your Samsung Smart TV? Here are some tips

Here are some ways you can navigate yourself around any issues with Netflix on your Samsung Smart TV
SoundGuysJun—09—2020 12:00AM EDT

A breakdown of Netflix plans and prices