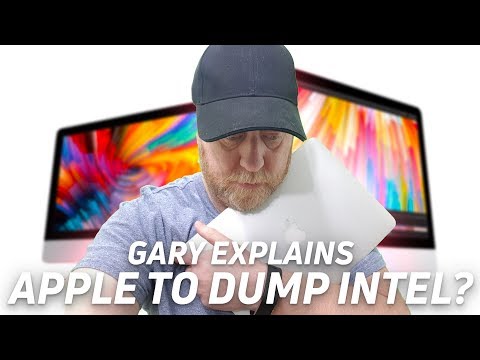 Apple might ditch Intel chips in MacBooks by 2020 (or it’s just a game)
The MacBook Intel chips could be ditched to make room for Apple chips, like those in iPhones. However, it all could be a ploy by Apple to drive down prices.

By Oliver CraggApr—04—2018 12:00AM EDT
The MacBook Intel chips could be ditched to make room for Apple chips, like those in iPhones. However, it all could be a ploy by Apple to drive down prices.
Apple might ditch Intel chips in MacBooks by 2020 (or it’s just a game)

The MacBook series of laptops are valued for their long battery life and sleek design elements. The design is all Apple, but a big reason why the MacBook lasts so long on battery power is the Intel processor inside. However, Apple might be thinking about ditching the MacBook Intel chips and instead using its own Apple-designed chips, as it already does in the iPhone and iPad.

However, this industry rumor could be nothing but a ploy by Apple to drive down pricing of Intel chips. In fact, after the rumor spread, Intel’s stock took a sizable hit.

But, if it were true, this wouldn’t be the first time Apple made such a drastic move from one chip design to another for its computer products. Back in 2005, Steve Jobs announced that Apple computers would stop using the then-powerful IBM PowerPC chips and instead use Intel. So there may be some weight to this new Apple rumor after all.

If this change does occur, it could harken back to the days when Apple computers were much, much different than Windows PC’s. Nowadays, aside from the operating system, the internal architecture of a MacBook and a Dell PC is not all that different. But if Apple was on ARM and PC’s were all on x86, it could be quite different indeed.

Want to know more? Above you’ll find a terrific video from Gary Sims where he explains in depth what’s going on with this possible changeover.