Wake up ahead of the curve
Buy now!
The Best
The best war movies on Netflix
The Best

The best war movies on Netflix
Check out our top picks, ranging from drama, to action, to sci-fi, and even comedy.

By David StrausserJun—06—2018 12:00AM EDT
Check out our top picks, ranging from drama, to action, to sci-fi, and even comedy.
The best war movies on Netflix
More on Netflix

The “war movies” genre covers a broad range of sub-genres and styles. From battle scenes to the fallout of war for those whose family and friends are deployed — sometimes never to return — the directions that a script can take while still being centrally about war are varied and diverse.

With this in mind, I’ve combed through Netflix’s library to find the 10 best war movies that cover a breadth of styles, topics, and time periods.

With a two-part structure, Kubrick follows a U.S. Marine through basic training and then through deployment in Vietnam. Full Metal Jacket is known for its polysemic look at the Vietnam conflict via the contrast of personal experience and nationalistic pride; quick shifts from outright humor, to dark humor, to absolute terror; and the unforgettable and mostly ad-libbed dialogue from R. Lee Ermey’s Drill Instructor Gny. Sgt. Hartman.

If you haven’t seen this classic yet, it should be first on your list.

Of all of the iconic films Steven Spielberg has produced and directed, Schindler’s List will likely go down as one of the most important of his career.

Spielberg’s three-and-a-quarter-hour long biopic is inspired by the real story of Oskar Schindler (Liam Neeson), a German factory owner who utilized is wealth and community standing to help save nearly 1,100 Jewish citizens from the Nazi regime. Co-starring Sir Ben Kingsley and Ralph Fiennes, this seven-time Oscar winner is the definitive WWII drama.

Based on real events, Defiance tells the story of four brothers (Daniel Craig, Liev Schreiber, Jamie Bell, and George MacKay) who find themselves the unlikely protectors of a large group of Polish Jews fleeing their homeland during the Nazi occupation.

Foraging for food and makeshift shelter in the Belarussian forests, they make an uneasy alliance with Russian forces to help protect their new charges from the Germans’ northern path.

With a strong balance of action and drama, this lesser-known movie still worth the watch, and is definitely one of the best war movies on Netflix.

An entrant on my best-of romance movies list, Cold Mountain is a Civil War drama about a wounded soldier’s journey back home from the battlefield.

The film won one Oscar (Renée Zellweger for Best Actress in a Supporting Role), and was nominated for six others including Best Actor, Best Editing, and Best Cinematography.

The Way Back, Peter Weir’s follow up to Master and Commander: The Far side of the World (2003), tells the story of a group of men who escape from a Communist gulag in 1941 Russia.

With a small amount of survival training and a will for freedom, the men traverse the Siberian cold, the desolation of the Gobi Desert, and the towering wall of the Himalayan mountains. Starring Ed Harris, Jim Sturgess, Colin Farrell, and a young Saoirse Ronan, The Way Back is an epic story in every sense of the word and one of the best war movies on Netflix.

When Martin Scorsese is directing Daniel-Day Lewis, I can only assume it is going to be good. Throw in Leonardo DiCaprio, John C. Reilly, and Brendan Gleeson, and it’s no wonder that Gangs of New York was nominated for 10 oscars.

The film tells the brutal story of the 1860s Lower Manhattan neighborhood called five-points, where the racial tensions of the Civil War weren’t just between whites and African Americans, but between Irish, Italian, Polish, and other European immigrants, all fighting for their own version of the New World.

A tail of revenge, the film sees DiCaprio playing the orphan Amsterdam Vallon who lives a dangerous life of politics and violence as he plots a way to exact vengeance on the ruthless Bill ‘The Butcher’ Cutter (Day-Lewis).

If you’re into offbeat comedies, movies that get really meta, and war movies, then Tropic Thunder is probably already one of your favorite flicks.

The story is that of a hollywood film crew (Stiller, Robert Downey, Jr., Jack Black, Brandon Jackson, and more) who heads to Vietnam to make a war movie and ends up in the middle of a drug war. They think the whole thing is just a made-up bonding experience designed by the production team to help the group break through their overbearing personalities. Only when they finally all realize that they are really in a war zone do they have a chance at personal growth.

The opening lines of the short poem about Guy Fawkes and his failed 1605 plot to blow up the British Houses of Parliament set the stage for a war film about the battle of the people against authoritarian tyranny in a near-future England. Despite several changes from the source text of Alan Moore and David Lloyd’s graphic novel, the film remains one of the best comic adaptations to date thanks to the care of Lana and Lilly Wachowski’s screenwriting and a strong performance by Natalie Portman.

A fitting tale for today’s political climate, the movie has aged as well as the book, which is now 35 years old.

One of the best Cold War spy films ever made, Tinker Tailor Soldier Spy is the story of a retired MI6 agent who is brought back from retirement to help investigate the accusations of a mole being present in the British spy agency.

Co-starring Keira Knightley, The Imitation Game drives the plot forward with taut pacing and excellent acting in what is sure to become a classic. 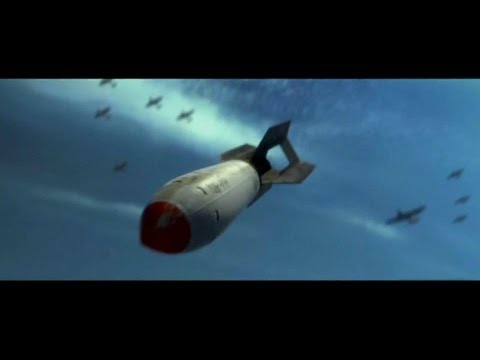 Directory Michael Bay’s massive WWII epic is also a romance, as two fictional military pilots, played by Ben Affleck and Josh Hartnett, try to compete for the heart of a nurse, played by Kate Beckinsale. However, the reason to watch this movie is the spectacular battle sequences, as we witness the Japanese sneak attack on the Navy base at Pearl Harbor, Hawaii on December 7,1941. The visuals used to bring that tragic day to life are incredible.

The movie also depicts the response by the U.S. to the attack as the military stages a daring bombing mission straight into the heart of Tokyo. 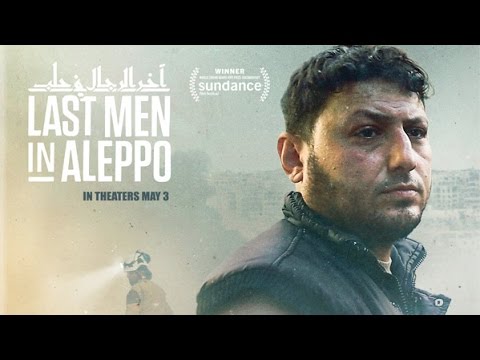 This 2017 documentary offers us a glimpse into the current Syrian Civil War, as witnessed by the people in the city of Aleppo. It was nominated for the Academy Award for Best Feature Documentary for that year. The film centers on three members of the White Helmets, a group which is dedicated to helping innocent civilians who are in the middle of this war.

These are my picks of the 10 best war movies on Netflix. Give one a try the next time you’re looking for some military drama, action, or even comedy.

Let me know in the comments what your favorite war movie is that Netflix should bring aboard, or if I missed any of your favorites already available to stream.

Artistic apps have always had a home on iOS and drawing is no exception. Check out our list of the 10 best iPad drawing apps available right now!
Joe HindyJul—11—2020 12:00AM EDT

It started with the Nexus 7, genuine respect for an affordable 7-inch Android tablet. Large phones are eating into their market, are there any good 7-inch tablets left?
DGiTJul—09—2020 12:00AM EDT

The best electric scooters you can buy right now

There are quite a lot good electric scooters on the market, ranging from very affordable to extremely expensive. So which is the best electric scooter for you?
DGiTJun—25—2020 05:00AM EDT