Wake up ahead of the curve
Buy now!
The Best
15 best video editors for most platforms
The Best

15 best video editors for most platforms
Video production is quite popular these days. YouTube creators are everywhere, many bloggers are required to have the skill, and many businesses use it for creating training videos and other such things. We can help …

By Joe HindyMay—03—2018 12:00AM EDT
Video production is quite popular these days. YouTube creators are everywhere, many bloggers are required to have the skill, and many businesses use it for creating training videos and other such things. We can help …
15 best video editors for most platforms

Video production is quite popular these days. YouTube creators are all over the place. Plus, most bloggers need that as a skill in today’s multimedia landscape. There are capable apps on most platforms. We recommend desktop editing over mobile phone (or tablet) editing. However, even mobile/tablet editors are much better than they used to be. Let’s take a look at the best video editors for most platforms.

Adobe Premiere Pro / After Effects
Price: Free trial / $52.99 per month
DOWNLOAD FROM ADOBE
Adobe has probably the most powerful and successful suite of video editors on PC. Premiere Pro is a powerhouse and includes support for modern features like 4K, 360-degree video, chroma keying (for green screens), and more. The UI is clean and the app has many plugins to improve functionality. After Effects is an animation suite that works well with Premiere Pro. They're a tad pricey. However, it represents an industry standard of sorts. It honestly doesn't get much better than this. There may be better options for those on a budget and for those who don't need all of the bells and whistles, though. This is also excellent for Mac so we won't list it again in the Mac section.
DOWNLOAD FROM ADOBE 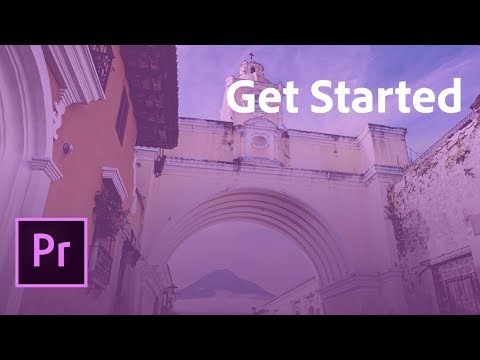 PowerDirector
Price: $99.99-$299.99
DOWNLOAD FROM CYBERLINK!
PowerDirector is a powerful and popular video editing app. It has most of the features a creator wants, including color correction, 360-degree video support, 4K support, and plugin support. The UI is just a little clunky. You get used to it over time, though. PowerDirector has almost all of the same features of Adobe Premiere Pro if you don't include After Effects. It's also cheaper, requires only a one-time purchase, and it has multiple suites for multiple use cases. There isn't a lot wrong with it and it should work for most people. Many still prefer Premiere Pro, but PowerDirectory is definitely right up there.
DOWNLOAD FROM CYBERLINK! 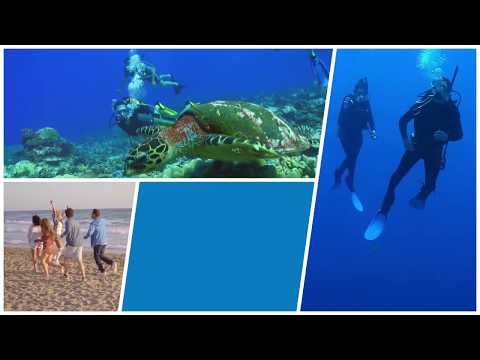 Vegas Pro
Price: Free trial / $249-$799
DOWNLOAD FROM VEGAS CREATIVE SOFTWARE!
Vegas Pro lives in the uncanny valley of hobbyist/enthusiast and professional. It has the price of professional software, but it's mostly good for enthusiast level video. There are a variety of suites for a variety of use cases. Most simple video projects are totally doable with the $299 version of the app. The more expensive stuff is mostly for more serious video productions. The UI is easy enough to learn. Additionally, it supports most of the same modern features as PowerDirector and Adobe Premiere Pro like 4K and 360-degree video. It's probably more expensive than it should be, but that doesn't make the software bad.
DOWNLOAD FROM VEGAS CREATIVE SOFTWARE! 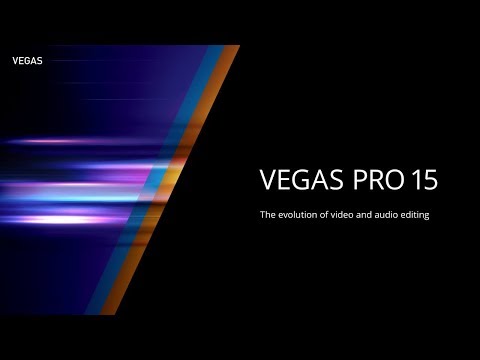 Blender and OpenShot
Price: Free
DOWNLOAD FROM BLENDER!
Blender and OpenShot are arguably the two best free video editors for Mac. They are also both open source. Blender is actually a very popular animation suite. It just so happens to also have a video editor with everything else. OpenShot is a video editor without any of the extra animation stuff like Blender. Both have modern features, good layouts, simple UIs, and everything you need to make decent, enthusiast level video. Those who need something simple should try OpenShot. If you need something with a little more than just video editing, we recommend Blender.
DOWNLOAD FROM BLENDER!
Final Cut Pro X
Price: Free trial / $299.99
DOWNLOAD FROM APPLE!
Final Cut Pro X is arguably the most popular video editor on Mac. Apple also made this one itself. It's a professional level video editor with a ton of features. That includes full VR support (360-degree video), 4K, and optimization to work with Apple devices, even if they don't have the greatest specs. The UI is magnificent and it's also surprisingly inexpensive compared to competitors like Adobe or Lightworks. Most of the YouTubers you know either use this or Premiere Pro. The app has a history of stability issues. It is otherwise a fantastic option.
DOWNLOAD FROM APPLE!
iMovie
Price: Free
DOWNLOAD FROM APPLE!
Let's face facts. iMovie is not going to blow your socks off with its video production chops like Final Cut Pro X, Adobe Premiere Pro, or Lightworks. However, it's simplicity makes it great for shorter clips, quick videos, and stuff for social media. It still has some decent features, though, including 4K video support, special effects, sound effects, filters, and a title maker. This is also one of the better free video editors. We probably wouldn't recommend it otherwise. This should already be on your Mac as well so you don't have to download anything to use it.
DOWNLOAD FROM APPLE!

Flowblade
Price: Free
DOWNLOAD FROM FLOWBLADE
Flowblade is another excellent, free, open source video editor for Linux. It features most modern features, a clean UI, and the usual stuff like effects, transitions, and filters. This one also supports proxy clips, batch renders, G'MIC image processing, and a ton of video and audio codecs. This one should work for most enthusiasts. It works best on Debian distros, like, well, Debian and also Ubuntu, Mint, and others. That makes it a great option for people on those distros. It may not work for really professional productions, but it should work for most.
DOWNLOAD FROM FLOWBLADE
Kdenlive
Price: Free
DOWNLOAD FROM KDENLIVE!
Kdenlive is arguably the most popular video editor for Linux. It's also the one we recommend first. It has a bunch of features, including multi-track editing, excellent codec support, a bunch of effects, more advanced tools like histograms, proxy editing, and keyframes. The UI is also quite clean and shockingly easy to use for a video editor. We also liked its official website with its large archive of resources and tutorials. Additionally, it's free, open source, and it supports multiple popular Linux distros like Arch, Debian, Fedora, Gentoo, OpenSuse, Solus, and others.
DOWNLOAD FROM KDENLIVE!
Lightworks
Price: Free trial / $24.99 per month / $174.99 per year / $437.99 once
DOWNLOAD FROM LIGHTWORKS!
Lightworks is a professional level video editor. That means it has all of the features you could want and then some. Additionally, it comes with a decent UI, a bunch of effects, various advanced editing tools, a customizable interface, and optional dedicated console hardware. This one is a serious editor and it's professional grade (or at least really close to it). It's the only one on the list that isn't open source although an open source version is allegedly coming eventually. It's also the most expensive on Linux, but you get what you pay for. It's available as a DEB or RPM package. It should support most distros that use those package types.
DOWNLOAD FROM LIGHTWORKS!

Apple's Clips and iMovie apps
Price: Free
DOWNLOAD ON ITUNES
Apple has two video editing apps for its mobile devices and tablets. The first is the classic iMovie app. It's long been one of the better apps for beginners, simple content, and other basic stuff. Clips adds things like filters, text, music, emoji, etc to already existing video clips. Neither of these are professional quality video editors. However, iMovie is compatible with the Mac version as well. That give it an advantage over others. These are good for short, social media style clips rather than full on YouTube productions (or higher). They're both completely free, though, so that helps.
DOWNLOAD ON ITUNES
Filmmaker Pro
Price: Free / $5.99 per month / $19.99 per year
DOWNLOAD ON ITUNES
Filmmaker Pro is one of the more popular video editor apps on iTunes. This is one of the few that boast a more professional set of tools. That includes support for 4K videos (on some newer devices), advanced settings like compression rate, video grading, chroma key support (for green screens), text overlays, and most of the usual stuff. In our testing, the UI is easy enough, though it will take some time to learn how everything works. The app does require a subscription for all of the features. We're certain that will chase a lot of people away. However, even the best have their flaws, right?
DOWNLOAD ON ITUNES
LumaFusion
Price: $19.99
DOWNLOAD ON ITUNES
LumaFusion is another powerful video editor. This one comes a little closer to what one would expect from a video editor. It includes three audio and video tracks for multi-clip editing, 4K support, dozens of effects (including chroma keying), layer effects, slow and fast motion support, audio effects, and more. There is even a royalty-free music library if you need it. The app costs $19.99 and that may seem steep. However, that is also a single purchase and not a subscription. That makes it vastly cheaper than many competitors over the long haul.
DOWNLOAD ON ITUNES 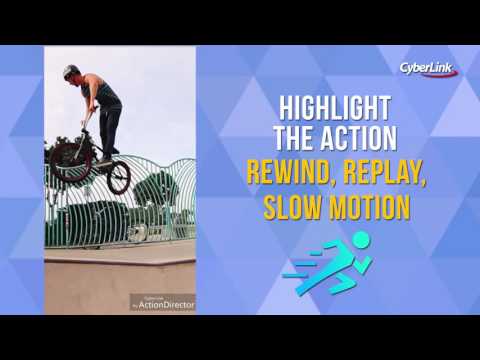 KineMaster
Price: Free / $4.99 per month
DOWNLOAD ON GOOGLE PLAY
KineMaster is one of the older video editing apps for Android. It's still one of the best, though. It features a traditional video editing setup. That includes support for multiple layers, LUT filters, transitions, fast and slow motion, and more. The controls are surprisingly good, even on smaller displays. However, we do recommend larger displays like tablets or Chromebooks for this kind of work. The app is usable for free if you don't mind watermarks. The pro version is a $4.99 per month subscription.
DOWNLOAD ON GOOGLE PLAY 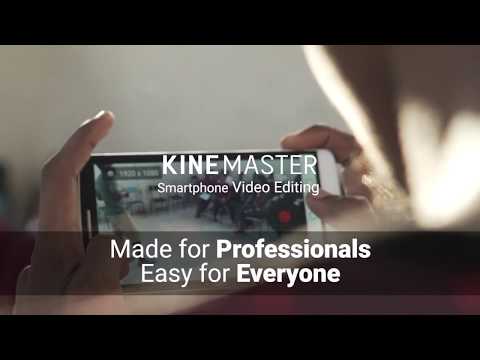 Movie Maker Filmmaker
Price: Free
DOWNLOAD ON GOOGLE PLAY
Movie Maker Filmmaker is probably the best free video editor for Android. It's a lightweight editor with a few decent functions. You can add filters and effects along with text, soundtracks, and more. It doesn't have a traditional setup like most video editors, though, and that is its biggest weakness. However, it is entirely free with no in-app purchases. That makes it a decent selection. Quik by GoPro is another excellent app that does a lot of the same stuff.
DOWNLOAD ON GOOGLE PLAY 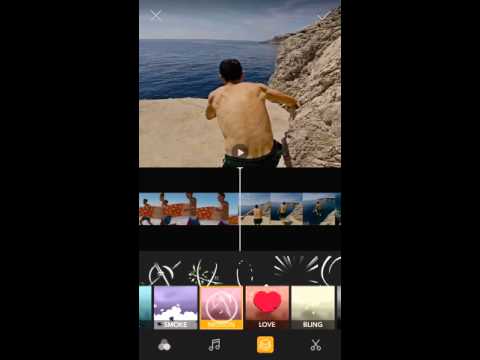 Thank you for reading!

If we missed any great video editors for any platform, tell us about them in the comments below! You can also click here for more apps stuff from us!

The ability to control your Android phone using a tablet or a PC is an extremely powerful tool, check out our list of apps to accomplish this productivity task.
DGiTJan—01—2020 12:00AM EST

Buyer’s Guide: The best Android tablet you can buy in 2018