Wake up ahead of the curve
Buy now!
Gaming
10 best RPGs for iPhone and iPad
Gaming

Being mobile doesn’t mean the fun has to end. Mobile gaming and tablet gaming have improved dramatically over the last few years. They can cost a bit of money, but usually the price is justifiable. Every game on this list should work for both iPhones and iPads. Having one list for each one didn’t make much sense to write. So here are the best RPGs for iPhone and iPad. You can find the best RPGs for Android by clicking here!

We have best lists for RPGs on other handheld platforms as well!
The Bard's Tale
Price: $2.99 with in-app purchases
DOWNLOAD ON ITUNES
The Bard's Tale is a mobile RPG classic. It's been out forever and it's still one of the best RPGs on iOS. The story includes a fantasy setting with plenty tongue-in-cheek humor and the usual array of fantasy RPG tropes. The mechanics are simple to learn. Additionally, the game includes modern basics like achievements, leaderboards, iCloud saving, and game pad support. You can even buy level ups if you really want to. There really isn't much wrong with this game aside from having a lot of RPG tropes.
DOWNLOAD ON ITUNES 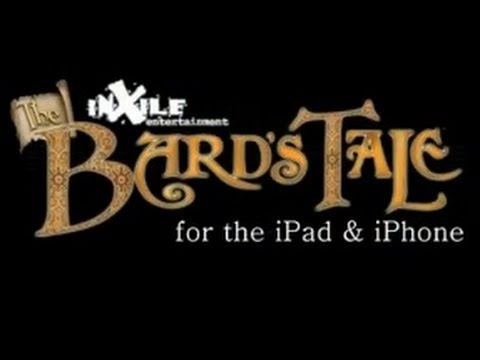 Doom & Destiny Advanced
Price: Free / $2.99
DOWNLOAD ON ITUNES
Doom & Destiny Advanced is one of the few good free RPGs. It features classic 16-bit, SNES-style graphics, and classic jRPG game play. The game boasts over 500 locations, 300 enemies, a 30 hour quest, and more than 100 secret treasures and locations. That should be enough content to last anybody a long time. The game is free with advertising. The premium version removes the ads. There is online multiplayer via arena combat as well. The graphics are old school, but this game is still better than many newer RPGs.
DOWNLOAD ON ITUNES 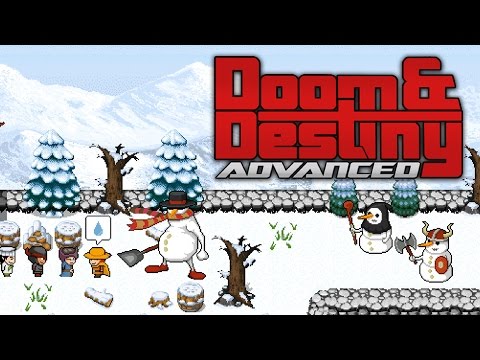 Evoland 1 and 2
Price: $1.99 and $6.99
DOWNLOAD ON ITUNES
Evoland 1 and 2 are two excellent RPGs for iPhone and iPad. The games both include basic stuff like long story lines, tons of stuff to do, and have easy mechanics to learn. However, what makes these games special is something different. Both games pay respects to a variety of video game types. It'll move from old 16-bit SNES graphics to something more modern and back again. The change in graphics and mechanics plays very well with the changes to the story line. It's definitely a unique experience. The first game runs for $1.99 and the second for $6.99.
DOWNLOAD ON ITUNES 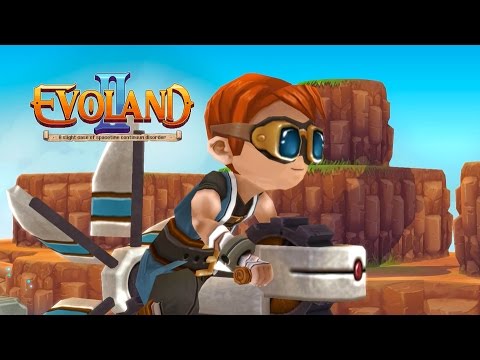 Fire Emblem Heroes
Price: Freemium
DOWNLOAD ON ITUNES
Fire Emblem Heroes is Nintendo's most profitable mobile game (for now). It follows the same strategy RPG premise that console Fire Emblem games possess. You move characters around a checkerboard map and attack the enemy. The game has a long story, tons of extra content to play, and even some multiplayer aspects. It's a freemium gacha game. Thus, the most important aspect to the game is character collection. However, Tons of people have enjoyed this game for a reason. It's likely one of the best freemium games ever made.
DOWNLOAD ON ITUNES 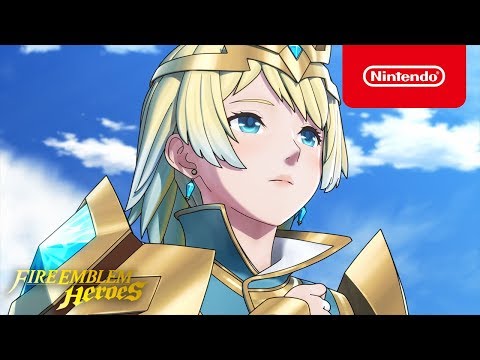 Monster Hunter Freedom Unite
Price: $14.99
DOWNLOAD ON ITUNES
Monster Hunter Freedom Unite is a port of the PSP game of the same name. It plays like most Monster Hunter games. You run around completing quests, fighting monsters, and craft new items and gear. All of the quests are repeatable as well. The game also includes multiplayer with friends, a co-op mode, and support for iOS Game Center along with MFi game controller support. This one is a tad pricey. However, the PSP version of the game still runs for $25-$30 on Amazon, so it's a steal at $15.
DOWNLOAD ON ITUNES 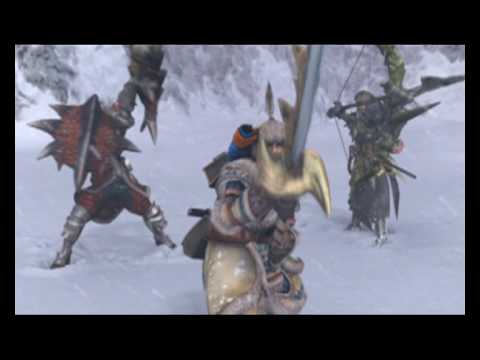 You guessed it, we have some more RPG lists from even more platforms!
Knights of Pen & Paper 2
Price: Freemium
DOWNLOAD ON ITUNES
Knights of Pen and Paper 2 is a sequel to one of the more successful RPGs on mobile. Thankfully, it’s pretty good like its predecessor was. It starts out as a typical RPG. You can pick characters and classes. Then you can go on an adventure. It’s a tongue-in-cheek adventure. You’ll have to save rats from rat traps instead of killing them as usual. Spawn Point Village is the name of the town you start in. That should give you an idea of what you’re getting into. It’s also free to download to see if you like it before you buy it.
DOWNLOAD ON ITUNES 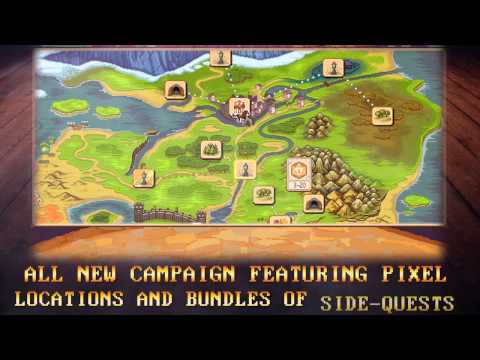 Legend of Grimrock
Price: $4.99
DOWNLOAD ON ITUNES
Legend of Grimrock is popular on more platforms than just iOS. It's one of the few games available on Linux and Mac devices as well. It plays like Atlus' Etrian Odyssey games or like very, very old Zelda games. You play in first person as you explore dungeons laid out like grids. See the trailer linked below to see what I mean by that. It's a classic dungeon crawler with RPG elements, crafting, and a lot more. It's also relatively cheap at $4.99 with no additional in-app purchases.
DOWNLOAD ON ITUNES 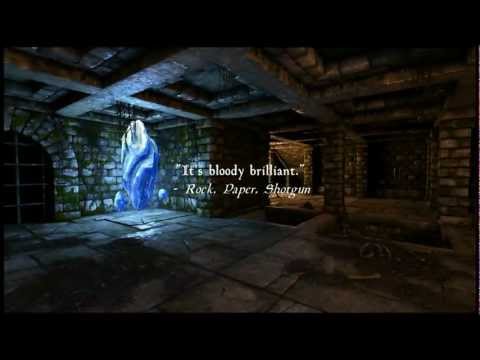 Oceanhorn
Price: $7.99
DOWNLOAD ON ITUNES
Oceanhorn is a bit more of an adventure game than an iPhone or iPad RPG. It plays a lot like a Legend of Zelda title. Your character wakes up one morning to find their father missing. All you have is a notebook and a necklace to find him. It has a bunch of quests, puzzles, and secret areas to find. It also features a soundtrack from Nobuo Uematsu. He’s the famous composer responsible for all of the early Final Fantasy soundtracks. On top of that, it has achievements, game controller support, iCloud cloud saving support, and more. The story line is only about ten hours, but that’s not half bad for its price. You can pick it up for $7.99 with no in-app purchases
DOWNLOAD ON ITUNES 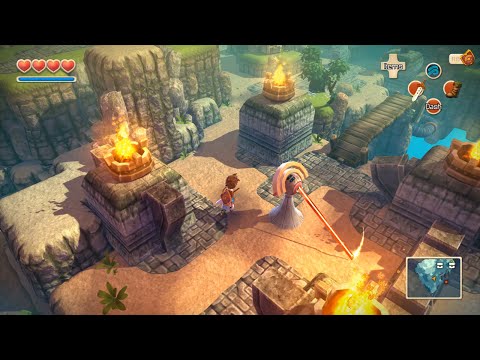 Overhaul Games
Price: Varies, but usually around $9.99
DOWNLOAD ON ITUNES
Overhaul Games is a publisher on iTunes. They have quite a few excellent RPGs available. They include Baldur's Gate I and II along with Icewind Dale and Planescape: Torment. These are all ports of old PC RPGs and they're all very long, hardcore titles. Their latest game, Siege of Dragonspear, is an original title set in the Baldur's Gate universe. It was actually developed more recently. The games are a tad pricey at $9.99 each (usually, they go on sale a lot). However, these are games that should last you a good, long time. We also recommend playing these on an iPad. There are tons of controls and hotkeys and they simply shrink down too small on most iPhone screens.
DOWNLOAD ON ITUNES 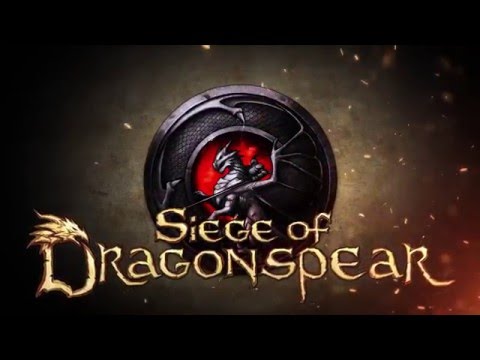 Square Enix games
Price: Varies greatly
DOWNLOAD ON ITUNES
Square Enix is one of the few AAA game developers to take the mobile platform seriously. They have a metric ton of games available on mobile. They include Final Fantasy I through VII as well as IX and XV: Pocket Edition. Additionally, the developers have ports of many old Dragon Quest games, Chrono Trigger, Secret of Mana, and many others. They also have modern freemium RPGs like Mobius Final Fantasy, Heavenstrike Rivals, and Final Fantasy Brave Exvius. Literally all of these games are above average. They range in price from freemium to over $20 in some cases.
DOWNLOAD ON ITUNES 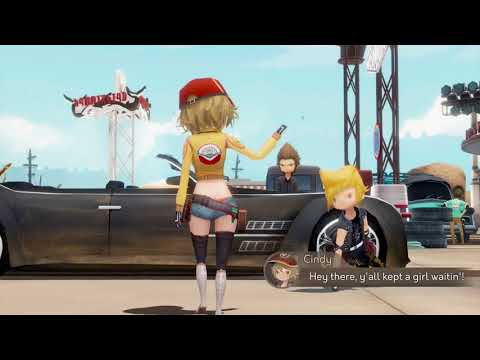 Thank you for reading! Here are some final RPG list recommendations!
If we missed any great RPGs for iPhone or iPad, tell us about them in the comments! An honorary mention is Lunar Silver Star Story because it’s one of my favorites of all time. However, its last update was in 2015. That means your mileage may vary. The bug fixes for that one aren’t coming.
Tags
Games
Games
Leave a comment
TWEETSHARE

These are the best VR games you can play today

Realm Royale – a new contender or just another copy?

Is Realm Royale ready to take on the big names in the battle royale genre?
testeditorAug—02—2018 12:00AM EDT

Dauntless beta – free, but worth playing?

This free action RPG puts you into the role of a monster hunter. But is Dauntless worth playing? Find out in our early Dauntless review.
testeditorJul—25—2018 12:00AM EDT