Wake up ahead of the curve
Buy now!
The Best
5 best antivirus apps for Mac
The Best

5 best antivirus apps for Mac
Despite the popular claim to the contrary, Macs do get the occasional virus. It's not very common and some common sense can keep you perfectly safe. However, some may want to opt for more protection. …

By Joe HindySep—01—2018 12:00AM EDT
Despite the popular claim to the contrary, Macs do get the occasional virus. It's not very common and some common sense can keep you perfectly safe. However, some may want to opt for more protection. …
5 best antivirus apps for Mac

Despite the popular claim to the contrary, Macs do get viruses and malware. It’s not nearly as common as Windows or some other platforms, but the risk is still there. Realistically, with some common sense, you don’t actually need antivirus software for your Mac. However, those who don’t have confidence in their common sense may want to opt for one. Thankfully, the list is pretty short for Macs. Here are the best antivirus apps for Mac!

We got more antivirus app lists for you right here!
Avast or AVG
Price: Free / $59.99 per year
DOWNLOAD FROM AVAST
Avast and AVG are both decent options for antivirus apps for Mac. They both offer the basics, including system scans, protection from ransomware, and anti-malware functionality. You also get Wi-Fi security scans and more. The free version is fairly light. It scans your system and keeps you safe. It's more than adequate for most Mac owners. Those who go pro get another level of protection, but it also comes in a heavier package. We would recommend the free version to anybody, but we would say not to go pro unless you have a system with enough RAM and power to handle it without affecting your other tasks. Avast purchased AVG a couple of years ago, so we consider them basically the same company.
DOWNLOAD FROM AVAST
Bitdefender
Price: Free / $59.99 per year
DOWNLOAD FROM BITDEFENDER
Bitdefender is a popular and powerful option. It consistently scores very well on AV-TEST tests and it comes packed with features. The free version comes with a basic scanner and virus removal tool. Frankly, that should be good enough on its own for most people. Those who go pro get some additional features. They include multi-layer ransomware protection, adware protection, web browser protection, and more. The price is a little steep, but the yearly subscription covers three Mac devices. That's not a bad deal if you have two friends or family members that need protection as well.
DOWNLOAD FROM BITDEFENDER
Kaspersky
Price: Free / $19.99-$49.99 per year
DOWNLOAD FROM KASPERSKY
Kaspersky is another big name in antivirus apps. It also routinely scores well in testing and it has cheaper subscription options than most of its competitors. The free version is a little too light for our tastes. You can get more protection for free from Bitdefender. However, the premium version is decent. There are three tiers. The first comes with the basics along with online banking protection. The next tier adds support for your mobile devices and the last tier adds a kid mode, a password manager, and file protection. It's not a bad way to go. The $19.99 version is enough to protect you from basically everything. The rest of it might be a little overkill, though, unless you have kids.
DOWNLOAD FROM KASPERSKY
Malwarebytes
Price: Free / $40-$90 per year
DOWNLOAD FROM MALWAREBYTES
Malwarebytes has probably the most popular free antivirus app for Mac. It's super light, effective, and it works. The free version of Malwarebytes scans for and removes malware. It's super light and you hardly ever notice it running in the background. There are options for more device protection, though. The subscription version adds a bunch of features, including ransomware prevention, more comprehensive scanning, web browsing protection, and more. There is no functional difference between the $40 and $90 per year subscriptions. The $90 option just includes licenses for up to ten devices.
DOWNLOAD FROM MALWAREBYTES 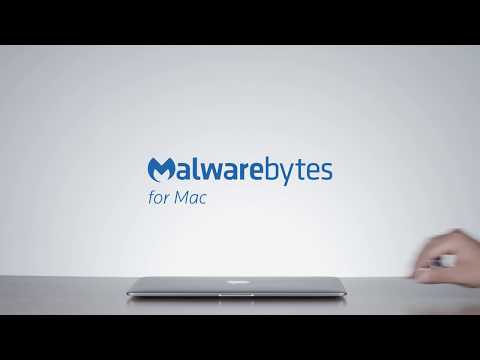 Sophos
Price: Free / $50 per year
DOWNLOAD FROM SOPHOS
Sophos is a fairly serious antivirus company. It has some intense and very powerful enterprise solutions for businesses. However, they do have a personal antivirus app for Mac as well. The free version is fantastic, actually. It comes with real-time protection, parental controls, web protection, and even some niche things like remote management. The pro version adds ransomware protection, better customer support, and some additional privacy protection features. Honestly, this is probably the best free antivirus for Mac that you can get. The premium version doesn't add enough to make it worth it, but it's also not half bad.
DOWNLOAD FROM SOPHOS
Thank you for reading! Try these out too!

If we missed any great antivirus apps for Mac, tell us about your favorite in the comments! You can also click here for more DGiT app lists!

What is an applock? Do you need one? We can help answer those questions! Here is what an applock really is and whether or not you need one!
TristanJul—03—2020 12:00AM EDT

People are making the change to music streaming. However, millions of people still have a cache of music stored on their PCs. Windows comes with two local music players, but they're ...
Joe HindyJun—15—2020 12:00AM EDT

Wondering how to delete your app backups from iCloud? We've got you covered.
Sam MooreMay—06—2020 12:00AM EDT