Wake up ahead of the curve
Buy now!
The Best
5 best antivirus apps for Linux
The Best

5 best antivirus apps for Linux
Linux is even safer than Mac these days. However, where there's software, there are also exploits. Some may want to seek an extra level of protection and we don't judge here. Here are the best …

By Joe HindySep—01—2018 12:00AM EDT
Linux is even safer than Mac these days. However, where there's software, there are also exploits. Some may want to seek an extra level of protection and we don't judge here. Here are the best …
5 best antivirus apps for Linux

Linux is probably even less susceptible to viruses and malware than even Mac. However, where is software, there are exploits. Most Linux users simply don’t need antivirus software because they already know how all of this stuff works. That said, some may decide to seek out some extra protection. We don’t judge here. There aren’t a ton of options for Linux, mostly because there are so many distros and few apps work on even most of them. We found a few good ones, though. Here are the best antivirus apps for Linux.

Check out antivirus apps on most platforms here!
ClamAV
Price: Free
DOWNLOAD FROM CLAMAV
ClamAV is a free and open source antivirus app. It works with a variety of distros, including Ubuntu, Debian, SuSE, RedHat, Fedora, Mandriva, Gentoo, and a few others. That along with its price tag makes ClamAV a fairly popular option in this space. The app includes a command line scanner for the super hardcore. It also includes support for most archive and document types along with most popular mail formats. It's a little hard to use, but so is Linux. We're confident that those that can use Linux can also figure this one out. The source code, download links, and full feature list is available on the website.
DOWNLOAD FROM CLAMAV
Snort
Price: Free / $29.99 per year
DOWNLOAD FROM SNORT
Snort is another good Linux antivirus app. It's also open source. This one is compatible with Fedora, CentOS, FreeBSD, and Windows. You can compile the source for basically anything, though. This one features real-time traffic analysis, packet logging, protocol analysis, and more. It detects all kinds of attacks and probes. This one is definitely not for those who want something simple. This app basically gives you a real-time feed of everything happening on your computer's network. It's fairly impressive, actually. The premium version adds a few extra features, but you get 90% of the experience in the free version.
DOWNLOAD FROM SNORT
Sophos
Price: Free
DOWNLOAD FROM SOPHOS
Sophos is a popular antivirus app for Windows and Mac. They also have a free malware scanner for Linux machines as well. It's a super lightweight scanner that does exactly one thing. It scans for and blocks malware from hitting your machine. It's very light on resources and the UI is extremely simple. This is an excellent way to add a layer of protection without having some bulky app that does a bunch of extra stuff. It should work well with CentOS, Debian, Ubuntu, OpenSUSE, RedHat, and a few others. It's a completely free tool and there isn't a premium version of this one.
DOWNLOAD FROM SOPHOS
Wireshark
Price: Free
DOWNLOAD FROM WIRESHARK
Wireshark is a powerful network analyzer. It can see what uses your network, when, and how much data it used. That makes it easy to track down rogue apps that may have infected your computer. You can then take steps to remove them. The UI is simple, but effective. You get a nice little graph that shows your real time network usage. Additionally, it has alerts and integration with RiverBed. It supports a number of Linux distros, including Ubuntu, Arch, Gentoo, RedHat, Slackware, and others. It won't get rid of threats. You have to do that yourself. However, it's among the best at helping you find problems.
DOWNLOAD FROM WIRESHARK 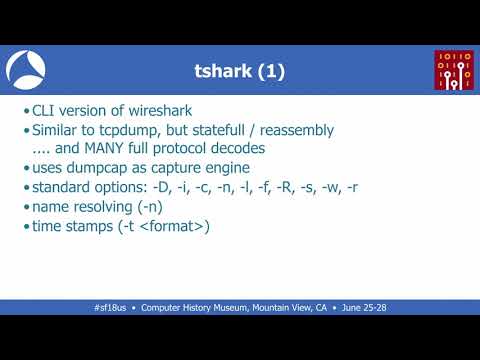 A more secure Linux distro
Price: Free
DOWNLOAD FROM TAILS
One extreme option for better security is to change your whole distro. There are many Linux distributions out there with a serious focus on security. Some popular options include Tails (linked), Whonix, Qubes OS, Subgraph OS, and many others. These are usually based on a more popular distro like Debian so there is decent software support. However, the OS is configured in such a way that it makes it much more difficult for attackers to access your information. We don't have enough space here to talk about the features of each one, but that information is readily available on each distro's website. Good luck! Oh, and these are all free.
DOWNLOAD FROM TAILS

Thank you for reading! Check out more here!

If we missed any great antivirus apps for Linux, tell us about them in the comments! You can also click here to see more DGiT app lists!

What is an applock? Do you need one? We can help answer those questions! Here is what an applock really is and whether or not you need one!
TristanJul—03—2020 12:00AM EDT

People are making the change to music streaming. However, millions of people still have a cache of music stored on their PCs. Windows comes with two local music players, but they're ...
Joe HindyJun—15—2020 12:00AM EDT

Wondering how to delete your app backups from iCloud? We've got you covered.
Sam MooreMay—06—2020 12:00AM EDT